I recorded myself coloring the hair of my grandmother. After she died, I wrote all the stories she used to tell me and made a narrative part. Through her life story one can easily imagine the contemporary atmosphere of a socio-political reality that was surrounding her life.

…I completed only three grades of primary school and then I fell ill. For seven years I was in cast. This leg of mine remained shorter. I don’t know what happened. Back at that time, we had no money, thus I had started working with the tobacco factory. I was 16. But I never smoked. Your grandfather and I were courting for 5 years. I was so pretty, and my braid was as thick as my arm, black and this long. My teeth were white, but I lost them during my first pregnancy. I used to bite my nails as long as I could. That’s why they look like this now. You’ll have the same. During the 2nd World War, we used to hide Serbs from Ustashas. And look what happened later? Still, neighbors are neighbors. They continue coming to visit me for Bairam, and I visit them for Christmas. We have to care for one another. When they returned from Serbia, I was the first to welcome them in their house. We have known each other for long time. They are good to me, our children played and grew up together. It was always like that. This is nothing comparing to the period after World War II. We had no food to eat. We had nowhere to buy it. One wore one pair of shoes until they were totally worn out. When my shoes fell apart, I remember, I have had wooden clogs made and was walking in them to the factory and back. I remember when shoes arrived in shops people used to wait in lines to buy them, with no certainty whether they be lucky that day. Once your turn comes, no shoes were left.  And now, everyone is complaining. Back then it was hundred times worse. In this war, I was not as hungry as back then. But I managed somehow even through this war. I used to go to the market, traded cans for flour, traded whatever I could, I used to knit wool socks and sell them and make money. All under shell attacks…

Hair care takes another form in Adela Jusic’s “When I Die, You Can Do What You Want,” in which Ms. Jusic, her face cropped out of the composition, tenderly applies dye to the hair of her grandmother, who has since died. On the soundtrack, Ms. Jusic whispers in Bosnian, retelling the stories her grandmother shared about her difficult life. “Back then it was hundred times worse,” the subtitles read, and, “Death is a pretty relief.” 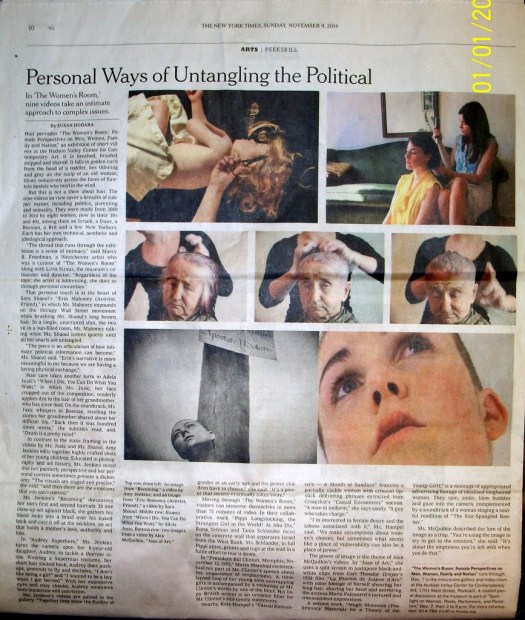 Text about the video by Haris Sahačić for the catalog SHARE Too Much History, MORE Future HERE 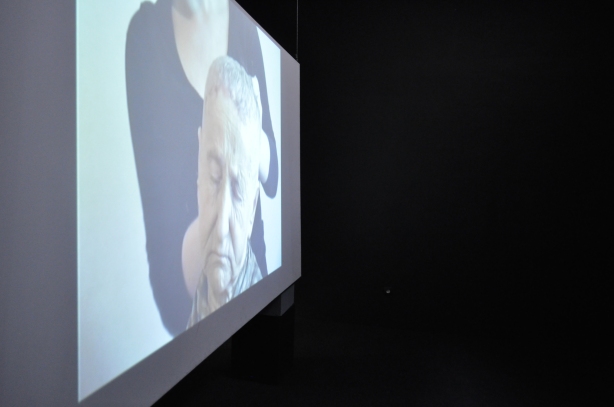 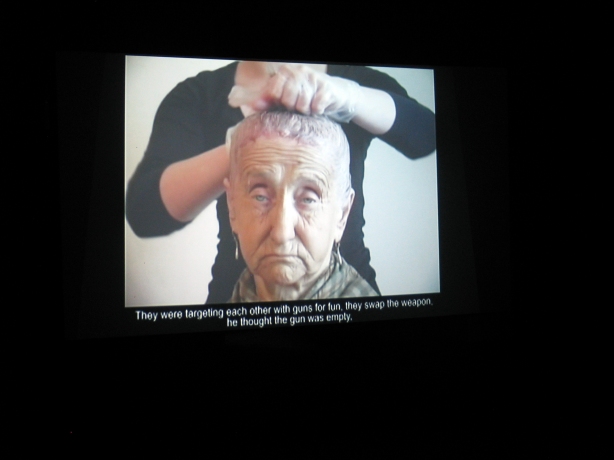 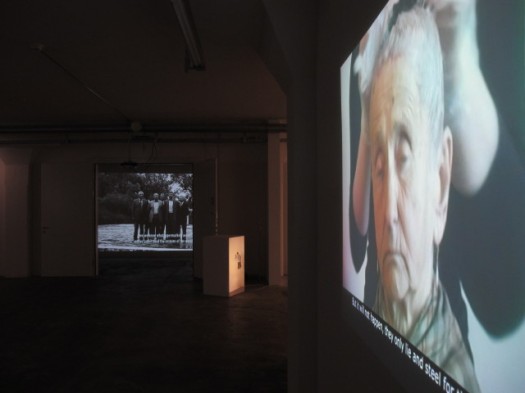 The entire video is a single shot of Jusic gently applying die to her grandmother’s hair while narrating stories from her life. In a whisper, Jusic speaks in her grandmother’s voice, talking about war, poverty, corruption, hatred – but also love for her children, her husband and her neighbors. The all too ordinary difficulties of her life are made intimate and immediate. Jusic’s grandmother serves a stand-in for all the grandmothers of this world who witness war, death and their families growing apart. Their wisdom is quiet and seldom asked for, and we feel that wisdom here, while watching an old woman get her hair dyed. Jusic’s position is that of an oral historian of sorts, sifting through forgotten stories of subjects that are usually ignored in official historical narratives and reproducing them as best as possible.
Hana Marku