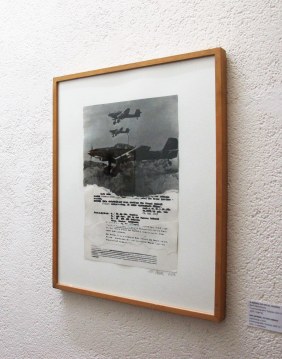 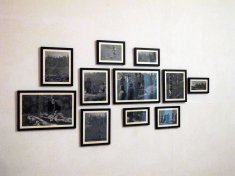 Exhibition set up Real but not true, curated by Pierre Courtin, Gallery Duplex100m2, Sarajevo, Bosnia and Herzegovina, 2017
See all photos on Google +

The First, and especially the Second World War was a turning point for the women of Yugoslavia. In the Kingdom of Yugoslavia women could have only a few roles – they could be wives, mothers (property) and a cheap workforce. Legally, they didn’t even have the status of a person. World War One brought small changes, culminating in the victory of the national liberation. While men were on the fronts of WWI, women took vacant positions which were until then reserved exclusively for men. In WWII, women gave their contributions side by side with their co-fighters, showed superhuman resistance and mobilised against enemy forces in every way possible: through legal and illegal activity, on occupied and liberated territory, in fear and in freedom, women acted in the struggle against the enemy and fascism.

According to Mitra Mitrović, WWII was the war that blurred the lines between the front and the background. Women were in both at the same time; in the army with machine guns and with the laboring force in the background. With their bodies, in combat and in physical labour, women made the revolution possible and greatly influenced the outcome of WWII in Yugoslavia. They fought with guns and paid in blood for the rights we have today.