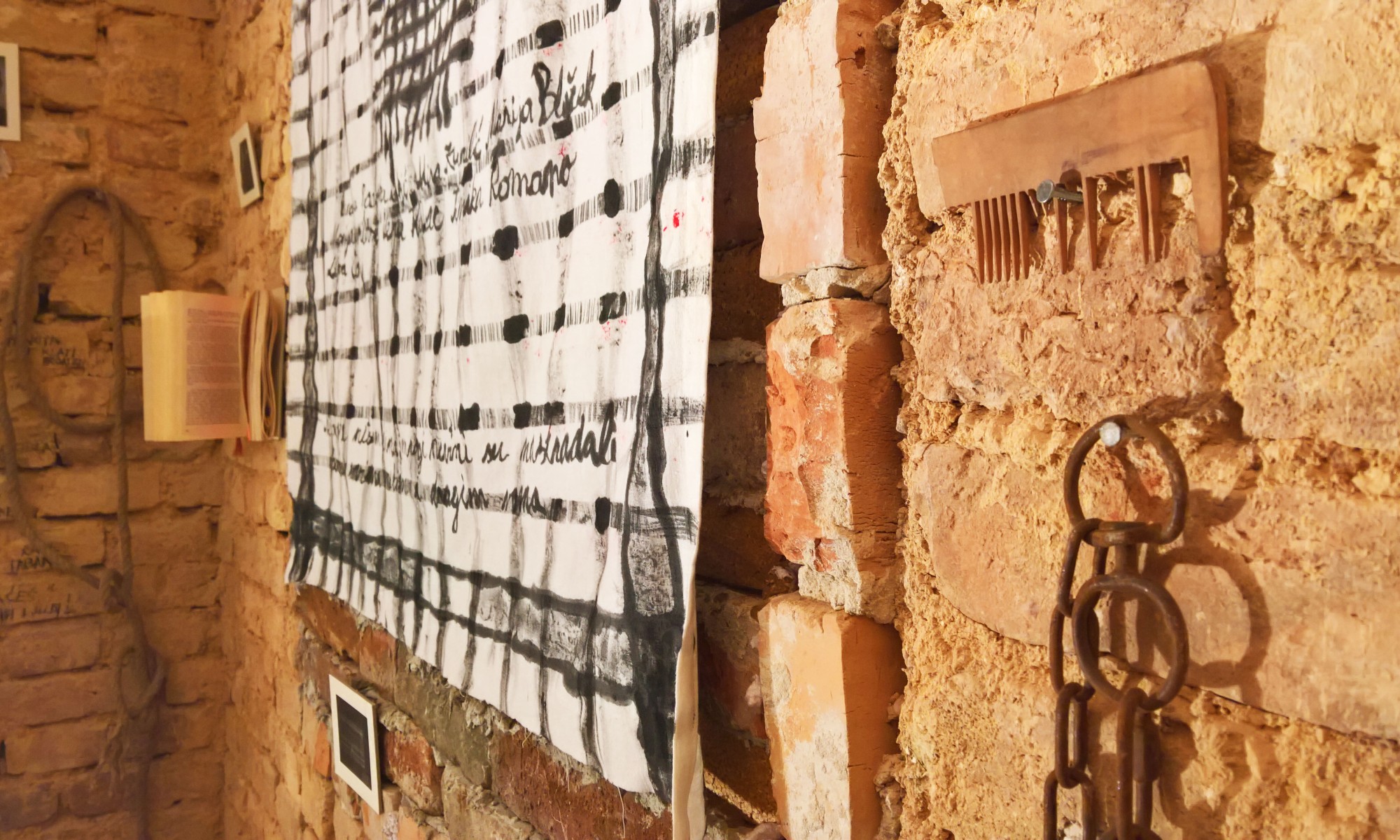 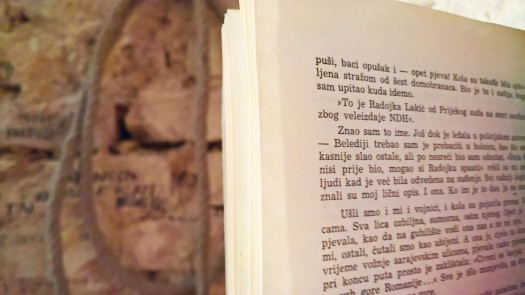 The project grows out of her long-standing research into anti-fascist women’s organisations from the 1941-45 occupation, and the fate of individuals involved in it. This particular work focuses on Radojka Lakić, who was imprisoned in this building when it was run by the Ustaše; it records the fate of many who were murdered or tortured in this place during that dark period in Sarajevo’s history, and their individual names. Fascist occupiers murdered Lakić herself in September 1941, after a period of severe torture. The basis of this work was found in Mila Beoković’s 1967 book “Women Heroes”, which features Lakić’s story. This is a complicated and multi-layered installation, featuring a replica of a handkerchief (maramica)  belonging to the partisan Rada Nikolić from Bijeljina. On this handkerchief, Nikolić embroidered the surnames and initials of her friends and comrades who were executed in the Banjica concentration camp.

This work, in addition to conveying a sense of defiance and a refusal to be intimidated, as well as a stoic acceptance of fate, and the consequences of individual choices in a time of life-or-death political struggle. Seen from the vantage point of 2016, Jušić is keen to ensure that these stories continue to be told alongside the more familiar narratives of incarcerated males such as Princip, or the Mladi Muslimani; it is a work closely and poignantly related to this space which she will continue working on in future. 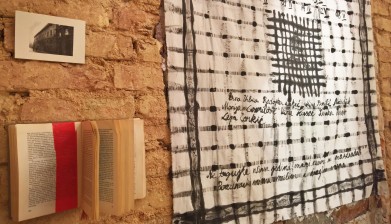 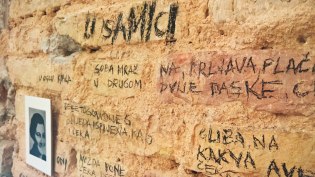 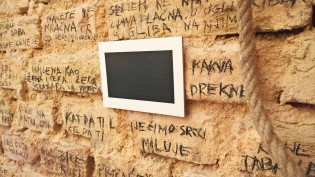 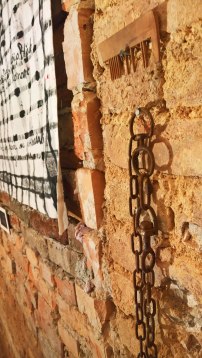 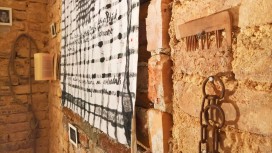 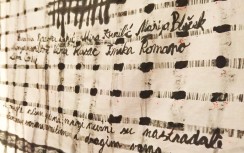 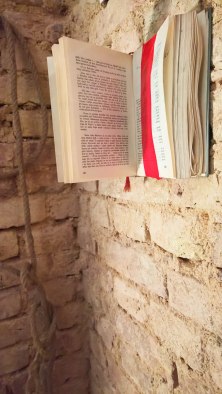 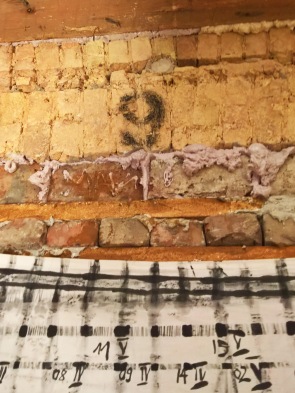 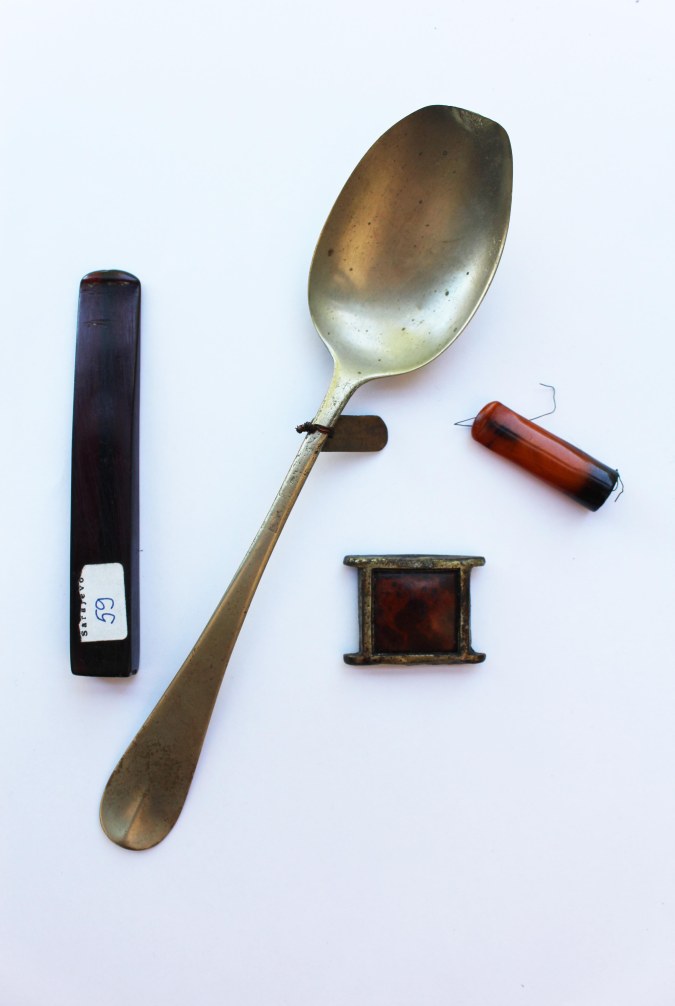 Photograph showing few objects that used to belong to Radojka Lakić from the collection of Historical museum of Bosnia and Herzegovina. Photography taken by artist, 2016.