Original title: Dostojanstvo Prkos Strah Očaj
3 prints and text on the wall
Thanks to Lydia Cole
2014

As in some of my previous works, this work is also inspired by the book “Women Heroes” from 1967, edited by Mila Beoković. The book consists of life stories of 10  Bosnian national heroines from World War II. The stories are written according to  interviews conducted with people who knew these women, since all of them died in the war, at very early age. However, these are not written in the form of interviews, but rather in the form of a novel.

In these stories, women are represented as almost nonhuman in their abilities to struggle with intimidation, pain, torture etc. With this work I want to point out that with these kinds of representations of women and their role in the war, dehumanize women  and diminishes their important role in the Antifascist struggle. They are represented as mythical creatures, super heroes that jump in the graves they dug for themselves, before being executed with smiles on their faces. These women sing while bleeding to death for for Yugoslavia. 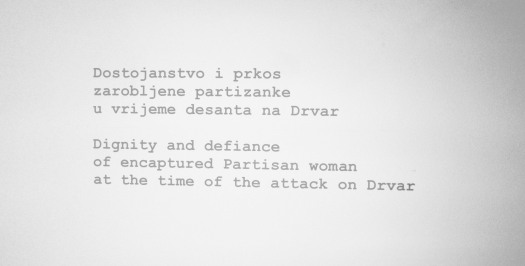 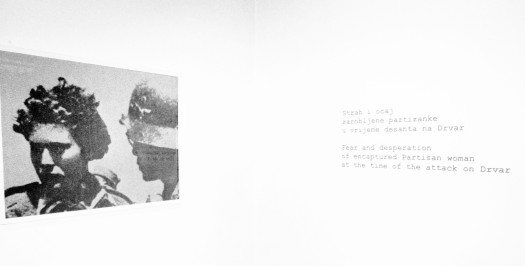 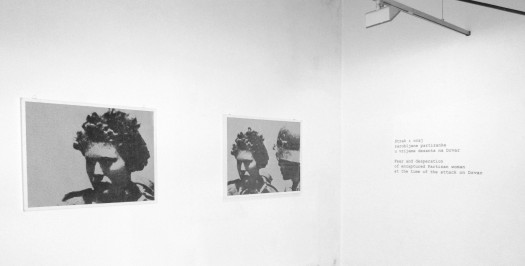