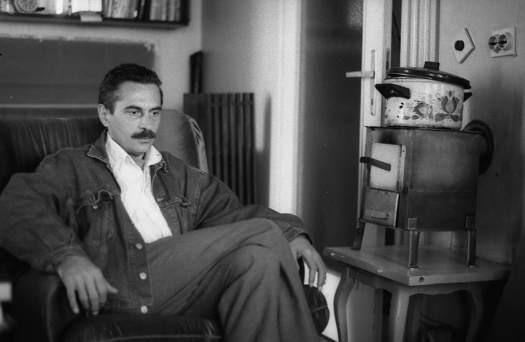 Collective intervention by Association for culture and art Crvena

Instability and insecurity seem to be among unifying features of the contemporary human condition. With Naomi Klein’s doctrine of shock in mind, we can argue that the “state of emergency“ has extended from post-catastrophe reordering of political mythologies and power-relations to understanding that conditions which characterize present state of affairs are of a different nature and likely feed upon a more general development of the world community. One way to characterize this is an erosion of the social orders which have been traditionally established as national/state orders. Although the state is still the dominant structure, the states are exposed as increasingly helpless in sustaining order, and thus populations and individuals find themselves in situation where maintaining social relations increasingly becomes something which is established precariously and increasingly fluid. In this covert lecture, and with various methods, we examine possible and counterintuitive ways in which social ordering may appear and how it can be made into a force of change and emancipation and thus a substitute for conservatism and oppression which have articulated as parameters of the dominant answer to these challenges.

We would like to invite you to a special feature of this year’s Mladi Levi Festival – the international Ready to Change conference with the title theme New Political Mythologies and Art will take place as part of the forthcoming festival on the 26th and 27th August.
In the openning letcureTony Chakar, architect and writer from Libanon will discuss On Possibilities, Unlearning, Undoing, the Sarajevo artivist collective CRVENA will prepare a covert lecture titled State out of order, Slovene sociologists Mitja Velikonja & Sandi Abram will prepare a lecture walk titled When walls speak: the ideology of graffiti and street art in Ljubljana, there will be artistic interventions  with debates ignited by Robertina Šebjanič, Victoria Vesna & James K. Gimzewski, Maja Smrekar, Maria Lucia Cruz Correia and Katja Eman.

The 19th edition of Mladi Levi festival will take place until the 28th August, so we are welcoming you to see the performances in the evening.