HERO MOTHER is an international exhibition of 30 women artists from 20 countries. It is part of MOMENTUM’s program for 2016, consisting of a series of events, residencies and exhibitions called BEYOND BALAGAN, which inquires into contemporary art and its relation to life. HERO MOTHER follows on from the major exhibition BALAGAN!!! Contemporary Art from the Former Soviet Union and Other Mythical Places curated by David Elliott, which was held in three venues in Berlin from 14 November till 23 December 2015. “Balagan” is a popular and much used exclamation in contemporary Russia and the places Russian culture has spread to, that describes, with celebratory gusto, a farce, a mess, the most unholy of cock-ups, and at the same time the most joyful of celebrations, the most unrestrained debauchery, the ‘functional dysfunctional’.

The title of the exhibition HERO MOTHER is derived from Soviet, or rather Stalinist practice. The honorary title “Hero Mother” and the medal bestowed with it, established on 8 July 1944 by Decree of the Presidium of the Supreme Soviet, was awarded to Soviet women who raised at least ten living children. Before it was abolished in 1991, upon the dissolution of the Soviet Union, more than 430,000 women had received this state honor. In 2008, the Russian Federation replaced this award with the “Order of Parental Glory”, downscaling the honor to celebrate the smaller accomplishment of only seven children. This award is also still given to mothers in some post-communist states, such as Belarus or Kazakhstan. What was originally conceived as an incentive to repopulate a country ravaged by war and to encourage women in their patriotic duty to their motherland, today sounds like an absurd punch-line of a Soviet joke.

Or rather not? What has changed for women since the communist era? Did women who in state socialism used to be “working mothers” become today something “else”? Have they become women-citizens? How are we to define heroism in a democratic setting? Could we say it is social disobedience and resistance? Having in mind the new “familiarism” ideologies and the ideal of stay-at-home mothers, which were promoted by the post-communist governments already in the early 1990s, and which are today aggressively endorsed by nationalist parties all over Eastern Europe (and not only there), the figure of the ‘Mother’ or the ‘Mother of the Nation’ occupies the central role. It is indicative that as soon as the Eastern European democratic parliaments had been established around 1990, the very first law most of them tried to pass was the law controlling women’s bodies, namely, the anti-abortion bill. (The “nationalization of women’s bodies” succeed only in Poland where abortion became illegal in 1992). Yet the conservative agenda which exhumes such an exaggeration of ‘family values’ at the cost of personal freedoms to choose alternative lifestyles is only one of many indications of a turning back of the clock to a time before the hard-won victories of feminism and gay rights struggled across Europe.

HERO MOTHER focuses on the role of gender, citizenship, nationalism, migration and personal freedom, as well as the relation between the artists and institutions, such as the state structures. Some of the artists in this exhibition who address serious social issues use the old feminist strategy based on the Bachtenian “power of laughter” showing their civil disobedience and taking the role of “unruly” citizens, while others treat these topics with seriousness and even melancholy. Some works deal with personal, familial and collective women’s memories and female heritage, which are usually lost in the course of the grand narrative of (national) history. Other artists, dealing with the issue of (their own) motherhood, do not deny the condition of motherhood per se; they question the manners in which “being-mother” becomes manipulated by threatening nationalist ideologies – ideologies which, in linking motherhood and nation, are today being exhumed by controlling power.

HERO MOTHER looks at the ramifications of traditionalist political forces, as they are unleashed upon women, the queer community and other minorities at a time of increasingly resurgent conservative values. The limitless possibilities of contemporary art, along with its capacity to turn the world on its head through parody and laughter, have invested it with a socio-political edge, unrecognized since the historical avant-garde, that has become part of a growing worldwide movement for non-violent action. This exhibition and discursive program will look beyond feminist and queer critiques to address how contemporary art can act as a mirror to a world turned on its head, and specifically how humor, farce, and parody can form the strongest tools of social engagement and change.

The artists invited to take part in MOMENTUM’s exhibition HERO MOTHER are contemporary women who are either born in, or are based in, the states that used to (or still) practice state socialism. It will present the work of women artists from places with communist legacies – including Germany – whose work addresses and defies, through a variety of media, the frighteningly regressive political agendas in many Eastern European countries today, and out this in the context of broader developments worldwide.

Because MOMENTUM’s focus is time-based art, the works shown in this exhibition will integrate time into their form and their content, including – but not limited to – video, performance, installation, public art, situationist action, interactive works and social engagement, sound, photography, text, and web-based work. This exhibition accordingly invokes time-based art practices to explore the legacies of cultural histories that have constantly changed over time. As Berlin’s only platform focusing exclusively on time- based art, MOMENTUM focuses on historical time through the lens of technologies that break down moments into images, as well as through the personal experiences of artists whose varied cultural perspectives re-frame different historical moments.

Adela Jušić
Born 1982 in Sarajevo, Bosnia and Herzegovina.
Lives and works in Sarajevo.

Born in Sarajevo and growing up during the Bosnian War (1992-1995), Adela Jušić’s rhetoric is predominantly entwined with issues surrounding memory, personal tragedy and the reality of conflict. Through processing her experiences mainly through the medium of video (The Sniper, 2007), Jušić’s work is at once cathartic and objective, looking at events from a distance in order to critique and reconsider the nature of war.

Her preoccupation with war also examines patriarchal conditions and enforced gender stereotypes in Bosnia. As a young woman working and living in Bosnia, and as someone who “does not fit Bosnia’s stereotypical idea of what a woman should be” (Jušić, 2015), the artist has been branded a social outsider and condemned for her untraditional view of gender. In response to this, Jušić founded the Association for Art and Culture, CRVENA, an organisation working on a number of cultural and feminist projects in Sarajevo. In 2013, Jusic also completed an MA degree in Democracy and Human Rights in South East Europe at the Sarajevo and Bologna University.

Adela Jušić has won the Young Visual Artist Award for the best young Bosnian artist in 2011, Henkel Young Artist Price CEE in 2011 and award of Belgrade October Salon in 2013.

Revealing how wartime memories are intertwined with family and childhood memories, Jušić reminds us of the power of autobiographical work in questioning history and conflict. What is called into question in The Sniper is the reality of war itself, in an attempt to go beyond nationalist, ethnic or religious issues, which have been the main point of discussion throughout the post-war period. 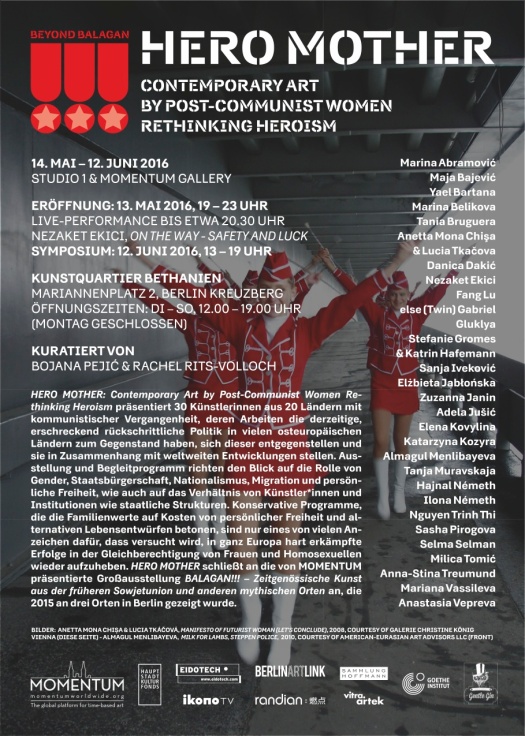 2021 May – Comission of site specific work for KRAK center for contemporary culture, Bihać, Bosnia and Herzegovina

2021 May 7 – July 4 – Things we sense about each other, curated by Damir Arsenijević, Yvonne Fomferra, Georg Schöllhammer, Raluca Voinea and others, Badische Kunstverein, Karlsrue, Germany